Although there’s evidence that man existed on the island as far back as the Stone Age, local legend says that the history of Korcula really started with Prince Antenor of Troy who founded the main settlement. Back in that time, the island may have been known as Korkyra Melania – meaning “Black Korcula” – because of its dense pine forests. There is evidence of Greek settlements on the island and Korcula was also part of the Roman Empire.

Following rule by various groups, including the Croatian-Hungarian Kingdom, Korcula became part of the Venetian Empire in 1420 – which was the case of much of Dalmatia. (Prior to this it is believed that explorer Marco Polo was born on the island.)

After the fall of the Venetian Empire in 1797, the island came to be under the control of assorted groups once more – including the Austrians, French and Russians, and was even ruled by the British between 1813 to 1815. Led by Commander Peter Lowen, they undertook significant building projects including building a huge fortress on the hill above Korcula Town. The island was part of the Austro-Hungarian Empire from 1815 to 1918, when it became occupied by Italy until 1921, then becoming part of Yugoslavia.

During World War II, the island fell to the Italians once more (in 1941), before the Germans occupied the island in December 1943. The town of Korcula was severely bombed by the Allies, which destroyed most of the important buildings there.

There is also a 20th century British connection with the island: the late Fitzroy Maclean, the Scottish politician, soldier, adventurer and writer, had a house there (still used by his family today). It was personally given to him by President Tito and was the only house owned by a foreigner in the former Yugoslavia until Croatian independence.

Korcula is a historic fortified town on the protected east coast of the island of Korcula. The old city is surrounded by walls, and the streets are arranged in a herringbone pattern allowing free circulation of air but protecting against strong winds.

Korcula Town is the main town on the island, with a population of about 3000 inhabitants. The main feature/sight of the whole town is Korcula Old Town – a medieval walled town with its towers, numerous buildings and monuments, cafés, restaurants, hotels, galleries, open-air cinema and more. Korcula is very popular for visitors as a central location from which they explore the rest of the island and its surroundings.

Korcula Old Town is the main attraction of Korcula Town – a medieval walled city positioned on an oval-shaped swelling of land pointing deep into Peljesac Channel. The Old Town itself is grooved with a succession of narrow streets that branch off the spine of the main street like the fish bone. The fishbone shape was used in Korcula Old Town design to reduce the effects of wind and sun and provide citizens with sheltered and comfortable accommodation.

The architecture in the Old Town is mainly influenced by Venetian Renaissance. The Old Town centre is dominated by the splendid St Mark’s Cathedral built in the Gothic-Renaissance style, completed in the 15th century (by Marko Andrijic) at the place of other church from the 13th century.

How to reach Korcula

Find your property for sale on island Korcula here. 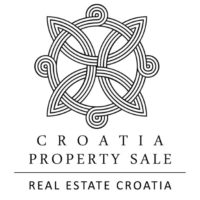